If there is a prediction on personnel for the 13th National Congress of the Communist Party of Vietnam (CPV), based on leaked information in the past few days, it is very likely that Professor Nguyen Phu Trong will accept himself as a special case and stay in his current position of the General Secretary for at least half of his term.

In the previous congress, Mr. Trong also said that he would stay for half a term to reorganize the Party, but in the end, he not only stayed in the term until today but also assumed the position of the state president.

This time, I realize that Mr. Nguyen Phu Trong is even more impatient and determined to continue his position as the party’s chief, although it may cause a scandal of power ambitions despite health problems.

His impatience and determination to stay, however, stems from an assessment of the very precarious and dangerous situation that the party ship is going through.

His will of power represents a sincere belief in cause and continuity for the party. He sees himself as the savior of the Party Church when both the historical legacy of the Party and the late President Ho Chi Minh are being abandoned by many party members and historically on the way to destruction.

When looking at the collective of Party personnel in the Politburo today, Professor Trong does not see anyone with a leading stature and ideology – especially his firm belief in the Party and Marxism-Leninism. A few years ago, when Trong intended to “give his power” to Mr. Dinh The Huynh, he was later disappointed because Mr. Huynh was not the type of communist he wanted.

Mr. Trong then looked at Mr. Tran Quoc Vuong and brought many expectations. But then, with Mr. Vuong, he may also see that something is not right. Looking back at the current leadership, from Mr. Nguyen Xuan Phuc to Ms. Nguyen Thi Kim Ngan, Mr. Trong must also be disappointed. The problem is not what they are like, but in the view of the General Secretary, perhaps Mr. Trong is wondering where are the true communists with the talents, personality, and physique worthy of leading the Party?

Mr. Trong will continue to be disappointed and concerned about the human resources game for this 13th Congress. Why? Due to the fact of the era, the people, and the current political weather, the true Communists have already passed away. It is very likely that Mr. Trong is the last Vietnamese Communist in sincere faith, with rigid socialist Marxist illusions, that belief had peaked under the leadership of Mr. Le Duan when the Vietnam War has just ended and revealed inadequacies forced to change, and has also started to die.

Mr. Trong is the only remaining loyal leader who has a strong belief in the Marxist doctrine and the Party’s role in Vietnam’s future.

I truly believe he honestly thought that the Party would last forever, as he once said, on the 85th anniversary of the Party’s founding (February 3, 1930 – February 3, 2015), when answering interviewed by the Vietnam News Agency sharing about the achievements, as well as the worries, concerns, need to be done better for the country to develop quickly and sustainably – in his words – to “My Party forever enduring with the nation.”

I try to analyze the thinking of the elderly leader. Inside Mr. Trong, there are two layers of consciousness. One class was the belief in the Marxist ideology as a Roman pope who believed in the doctrine of the Party Church. The other class belonged to an emperor who heard the slogan “Long live, long-lived,” and thought it would become the truth over time.

A little bit of history. From the end of the 18th century, King Louis XV, the French who hailed it as “Dear Your Majesty,” as before 1963 in the South, Ngo Dinh Diem also considered himself to have an irreplaceable historical role. While Louis XV was sitting for the national portrait artist, as well as when Diem heard the song “Exaltation of the Presidential Ngo for Years,” both of them blurted out a curse from the Old Testament,” Après Moi, le déluge – After Me will be the Red Water.” They believe that only they can keep their fortune. Today, Mr. Trong looks at the Party’s structure, he must be complaining, “After me will be the Red Water.”

That political Red Water for the Party will definitely come. This is no longer a prediction – it is a prediction. Mr. Trong is aware of this. The spirit of the Revolution in the pristine and pure patriotic wave from Ho Chi Minh to Le Duan is no longer present. The character of the Party members, and for them, the culture of discipline, self-sacrifice, the religious belief in the ideal of Independence, Freedom, and Happiness is now no longer or has been different. No matter how much Mr. Trong forces his party members to honor Ho Chi Minh’s spirit, he will not be able to enlighten the holy fire of completely new politics. Especially when everyone sees that the consciousness of the Vietnamese nation is gradually shining like the sun.

No one will ever be a true Communist party member in the old days – since people are the product of the times, this is something Mr. Trong should be aware of. The person he is looking for today is himself. Nguyen Phu Trong alone is searching for a Nguyen Phu Trong and the more he struggles to find a successor, he only sees his shadow. 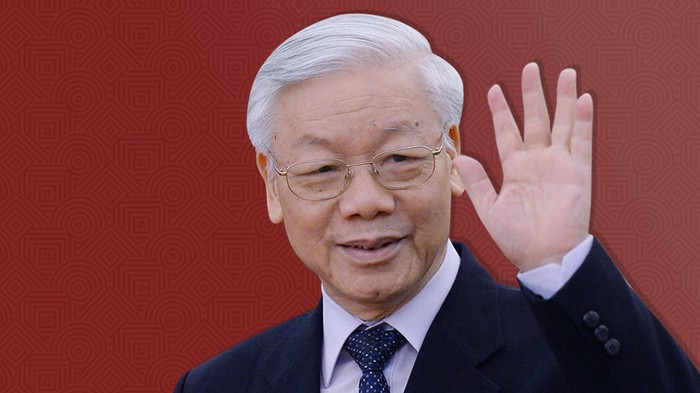 When the sun, the higher the sense of the times, the brighter the sun, the shorter and more bold GS Trong’s shadow will be. The shadow of him – the last Vietnamese Communist – is obscuring the leadership class today. From a sincere personality to theism, to a white hair, a kind but determined figure with white glasses on the wise face of a professor of philosophy, a standard North Hanoi accent, Mr. Trong deserves to be a leader “long-lived” for the Party.

Let us pray that Mr. Trong realizes this Risk so that he himself will courageously and wisely find another way – trendy, suitable with the hearts and desires of the people – for the Vietnamese ancestry. If that’s the case, then the Red Shui warning won’t come. But if you still persist, thinking that only you are the only one who can save the nation, remember what the world used to say, “Work in humanity into heaven.”

I think the “dream of the everlasting party along with the nation” for the Party is not what our people desire. Please don’t think “I am a nation” – on the contrary, no one is a nation. The nation and the state will follow the people with their strict rules.

The upcoming 13th Congress will be a great opportunity for the Party and Mr. Trong to carry out an institutional revolution, bringing the country’s opportunity to a new turning point to turn the history page of the Vietnamese people. As such, it will be a great legacy for the ideals and life of Mr. Trong and the mighty Communist Party of Vietnam.